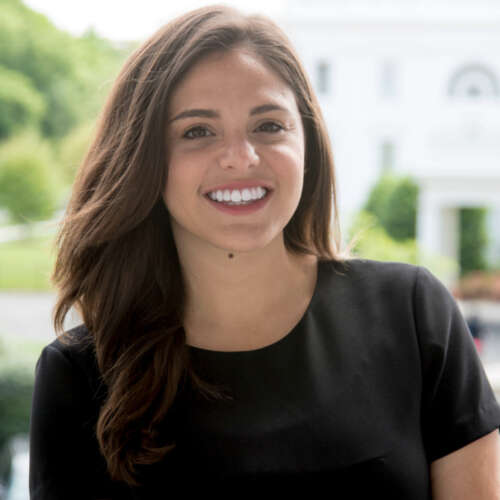 Vivian Graubard is a technology + policy strategist, advocate, and entrepreneur. She is the Senior Advisor for Policy Design and Implementation at the New Practice Lab at New America, where she also served as the founding director for Public Interest Technology between 2017-2019. Prior to joining New America, Graubard worked at the White House under President Obama, where she was a founding member of the United States Digital Service and also served as a senior advisor and chief of staff to the United States Chief Technology Officer. There, her work focused on the intersection between technology and policy implementation, particularly on issues affecting vulnerable communities, including: improving the immigration process, criminal justice reform, combating human trafficking, and preventing sexual assault and domestic violence.

Vivian is a co-author of New York Times Bestseller Yes She Can: 10 stories of hope and change from young female staffers of the Obama White House. She also serves on the board of Happy V, a startup dedicated to ending vaginal stigma and improving vaginal healthcare. Prior to her work in government, she was a fellow at Polaris Project, a leading non-profit focused on ending human trafficking domestically and abroad. Graubard has been named “Time’s 30 People Under 30 Who Are Changing the World,” “Forbes 30 under 30 in Law and Policy,” and “Business Insider’s Most Influential Women.” She is Latina—Colombian, Cuban, and Puerto Rican—and cares deeply about diversity and inclusion (in tech and beyond!)