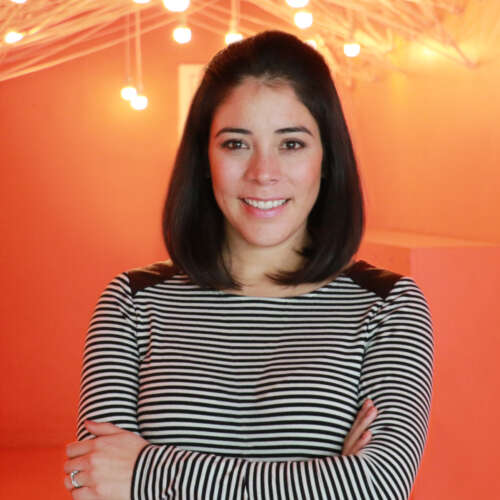 Rocio van Nierop is Cofounder and Executive Director of Latinas in Tech.
Latinas in Tech is a non-profit organization with the mission to connect, support, and empower Latina women working in technology and a vision to achieve fair representation in leadership positions. The organization comprises more than 11,000 women working at more than 100 of the top technology companies. The group began in Silicon Valley in 2014 and has since then expanded to 10 other cities: Austin, Mexico City, Sacramento, Los Angeles, New York City, Miami, Washington DC, Chicago, Boston, Atlanta, and London. .

Rocio was previously Director of Product Marketing at Prezi, launched and led Prezi’s operations in Latin America, and has worked in technology for the last 15 years.