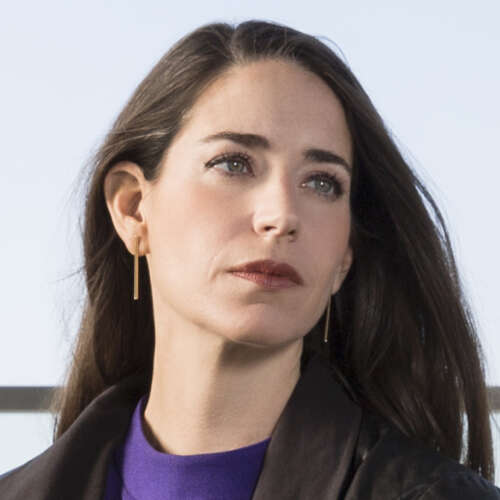 An investment banker turned three􏰄time award winning Latina entrepreneur from Bolivia, Carolyn serves as the Founder and CEO of Hello Alice 􏰅helloalice.com􏰆, a smart technology that helps business owners find the right path to start and grow their companies. Carolyn is a long􏰄time advocate for underestimated founders and believes technology􏰄driven data will prove the business case for inclusion. During her time at Hello Alice, Carolyn was recognized as a 􏰇17 Women to Watch,􏰈 by Inc. Magazine, has testified before the U.S. Congressional House Small Business Committee, and was featured in a U.S. Senate report by Senator Shaheen titled, 􏰇Tackling the Gender Gap: What Women Entrepreneurs Need to Thrive.􏰈 She was selected by Mayor Turner of Houston to co􏰄chair the Women and Minority Small Business Task Force in 2019.
With her previous companies she was stated as 􏰇Woman to Watch,􏰈 by Entrepreneur Magazine, American Express Micro to Millions awardee, and has been featured in Inc., Forbes, Fortune, and more for her work toward building entrepreneurial ecosystems. Prior to Hello Alice, Carolyn launched the world’s first completely virtual accelerator, supporting over 300 women from across the United States and internationally and helped them raise over 􏰉76 million in investments. Fast Company highlighted the accelerator as the 􏰇most innovative and fastest growing for women.􏰈 It was this experience that ultimately spurred the formation of Hello Alice, as Carolyn recognized that the inequities facing women entrepreneurs resulted largely from lack of awareness and access to existing resources and networks 􏰄􏰄 problems that not only faced women, but all marginalized populations. Circular Board also hosted the world’s first 􏰇Pitch With Purpose,􏰈 a pitch competition awarding 􏰉25,000 to a company supporting the United Nations Sustainable Development Goals.
Previously, Carolyn scaled and sold a marketing firm, Cake, that developed technology􏰄driven marketing analytics solutions. Headquartered in Houston, Texas, Cake was viewed as one of the early data analytics utilized by enterprise companies to streamline their marketing. Carolyn’s first company, Signatures was a luxury retail line that sold in over 400 stores worldwide, including Neiman Marcus, Harrods, and Bloomingdales. Additional recognitions include being selected as a delegate to the United Nations Foundation Global Accelerator. She is a member of the Dell Women’s Entrepreneur Network, and a featured Dell influencer, a Fortune Most Powerful Women attendee, a Sam Walton Emerging Entrepreneur. Carolyn presented the keynote at TEDx Austin on the topic of failure, and serves as a regular contributor to major media outlets. Through her advisory position, Carolyn continues to support Texas A&M Mays College of Business, and currently resides in Houston, Texas with her husband and two boys, Luca and Henry.